Understanding Migraines: Is Botox the Right Route of Care?

Understanding Migraines: Is Botox the Right Route of Care? 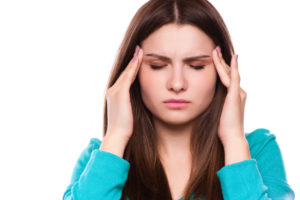 Migraines are severe, disabling headaches. They may begin in childhood or not occur until early adulthood. Women are known to get them 3 times more often than men. Genetics may play a role in whether or not you get diagnosed with migraines.

Migraines differ from other headaches. The most common categories migraines are put into are:

The pain of migraines has been described as pulsating, pounding, debilitating, perforating, and throbbing. It feels like an intense dull, consistent ache. It may start out mild but become moderate to severe with time. It most commonly affects the forehead, but most of the time only on one side of the head. It may occur on both sides or even move position in some sufferers.

The majority of the time, the pain will last at least 4 hours and as long as 72 hours. If you have an aura (a visual disturbance that warns that a migraine is about to hit), the pain may overlap the aura or you may never have pain at all. Since a migraine is neurological in origin, the headache is merely a symptom of the condition.

The Symptoms of Migraines

Migraines tend to come in various stages. The first stage is known as the prodrome stage and may begin one or two days before the other symptoms occur. This can include:

When you have an aura with a migraine, it often occurs next. This often brings with it problems with vision, movement, speech, and certain sensations, such as:

The attack phase comes next. Being the most severe of all phases, the migraine pain occurs with this phase. The symptoms of this phase may overlap the aura phase, and they can last anywhere from a few hours to many days. Symptoms are different for everyone and sometimes with each migraine. They include:

The postdrome phase comes next, causing changes in mood and feelings. Some people feel extremely happy and energetic while others feel very exhausted and lethargic. This is sometimes referred to as a migraine hangover. A dull, achy headache may linger.

What Is the Best Way to Care for Migraines?

One of the most popular ways right now to handle migraine pain is through injections of Botox. This product is known for its ability to do away with wrinkles. However, it is now being touted as the latest and greatest migraine medication, also used to treat other neurological conditions.

The AAN (American Academy of Neurology) considers the use of botulinum toxin safe when caring for strokes, spinal cord injuries, and migraines. The FDA (U.S. Food and Drug Administration) approved the neurotoxin for use with migraines in 2010.

The neurotoxin works by stopping the release of substances at the ends of nerves, which reduces muscle contraction and the pain signals being sent by the nerves. Blocking these pain signals goes a long way in helping you cope with migraines. But the question is, does it work? And, what are the side effects?

Botox is often used as a last resort if every other suggestion to care for your migraine is not working. If you have migraines over 15 days a month, you may qualify for having Botox injections. Your doctor will likely administer Botox injections every three months. Each session lasts about 15 minutes, and during this time, you will get multiple injections of the medication in certain areas of the nose, temple, forehead, neck, upper back, and back of the head. This is aimed at reducing migraine headaches and the other symptoms associated with them. It may take up to 2 weeks to see any relief. In a few cases, the first set of injections give no relief, but additional ones may prove to be more effective.

While complications are rare, they do occur. The injections themselves are mostly painless although you may feel a little sting with each one. Most commonly, people complain of neck pain and stiffness at the injection site. It is possible you will get a headache afterward. Muscle weakness in your neck and upper shoulders may occur, making it hard to keep your head upright. This usually resolves on its own within a few days.

In rare situations, the toxin can spread to areas beyond the injection site, leading to:

Before agreeing to such drastic means to care for migraines, you may want to look into a natural method that has been proven to be an effective migraine therapy for many years. Upper cervical chiropractors have seen much success in caring for migraine patients. A study of 101 migraines patients noted an interesting finding. Each of these ones had a misalignment in the upper cervical spine, particularly the atlas bone, the top bone of the neck. They were given care tailored to their specific need by an upper cervical chiropractor. All of them reported seeing a great improvement in their symptoms and many had their migraines go away entirely. These results, in some cases, were seen in as little as one or two adjustments. So, what is upper cervical care?

Upper cervical chiropractic differs from traditional chiropractic in a few ways. For one, it looks at the person as a whole instead of focusing on the part of the back that is in pain. Many times, the pain originates from the top of the spine. By working to correct these bones, the rest of the spine falls back into place as well, much like a line of dominoes. Another difference is that we do not pop or crack the spine in any way. Our adjustments are mild and help the bones to realign more naturally. They are based on scientific measurements and the use of mild corrections to specific areas of the neck. Many patients have gotten relief from their migraines this way without the use of dangerous drugs.

By ucmsocialmediateam|2018-08-31T04:50:07+00:00November 5th, 2017|Fibromyalgia / Chronic Fatigue, Uncategorized|Comments Off on Understanding Migraines: Is Botox the Right Route of Care?

The Atlas Family Health Center website uses cookies, tracking pixels and related technologies. By continuing to browse our site, you are agreeing to our use of cookies.OkPrivacy policy