Understanding Fibromyalgia and Finding a Surprising Way to Cope

Understanding Fibromyalgia and Finding a Surprising Way to Cope 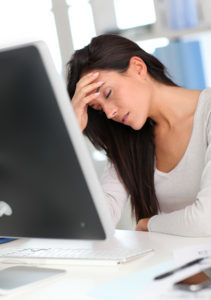 Fibromyalgia (FM) is a bit of a mystery among the medical community. It is difficult to find out why it causes you to feel pain when there is little or no pain. It has previously been quite difficult to diagnose, although a new blood test may be able to help in that area. Fibromyalgia is thought to be caused by an over-stimulated nervous system in response to a trauma of some sort. When one has fibromyalgia, the neurotransmitters that flow between the body and brain are disrupted, causing pain and muscle spasms.

Deep sleep is also prevented when one has fibromyalgia. This means normal levels of serotonin are not developed. This is a growth hormone normally produced during sleep. When serotonin levels are decreased, the body loses the ability to heal itself, and fatigue and depression may follow.

Although the exact cause of fibromyalgia is not certain, some studies have linked it with a reduction in the hormones controlling thyroid regulation. Hormones such as estrogen, progesterone, and cortisol can be altered by some of the lifestyle choices we make, such as poor diet, certain medications, and lack of physical exercise. One thing that all of these contributing factors have in common is the central nervous system.

Fibromyalgia and the Central Nervous System

The nervous system is made up of several components:

Fibromyalgia is closely linked to the dysfunction of the autonomic nervous system and the parasympathetic nervous system. It is noted in patients with FM that the parasympathetic system is functioning at a very low level, causing them to be in a constant state of flight or fight. This causes them to have an increased heart rate when both standing and lying down. Women seem to be more sensitive to this than men.

The changes that go on in the nervous system when one has fibromyalgia, such as the inability to sleep and hyperactivity, can cause:

Suggested Ways to Ease the Symptoms of Fibromyalgia

A 32-year old woman was diagnosed with fibromyalgia and suffered from extreme exhaustion, depression, and pain. Her health began to go downhill quickly, along with her energy. After 2 years of suffering, she began seeing an upper cervical chiropractor. After a thorough examination and patient history, it was determined that she had a misalignment in the C1 (atlas) vertebra. She began getting adjustments to correct this problem. After just 6 months of care, she reported a complete remission of her fibromyalgia symptoms.

How does a misalignment in the bones of the upper neck impact fibromyalgia? Well, as mentioned above, the central nervous system includes the brainstem and the spine. The atlas and axis bones – the top bones of the neck – were designed to protect the delicate brainstem from damage. However, it only takes a minor blow to the head or neck or an accident that causes the neck muscles to overextend (such as whiplash) to make these bones misalign. If they move out of place, rather than protecting the brainstem, it is put under stress or pressure. The brainstem is the communication highway between the brain and body. If it is stressed, it may send improper signals to the brain about how much pain is actually being felt in the body. This leads to other symptoms of fibromyalgia. The good news is, this type of misalignment can easily be fixed by a professional who is familiar with how the spine and brainstem work together.

Upper cervical chiropractors, such as those here at our office, are trained to find these misalignments through a series of specific measurements and imaging. We then use a very gentle method that does not require us to pop or crack the spine or neck to realign the bones. The bones move back into place more naturally, allowing the body to begin to repair itself from the damage done by the misalignment. This is often all that is needed to see an improvement in or a resolution of fibromyalgia.

By ucmsocialmediateam|2018-08-01T11:34:31+00:00September 17th, 2017|Uncategorized|Comments Off on Understanding Fibromyalgia and Finding a Surprising Way to Cope