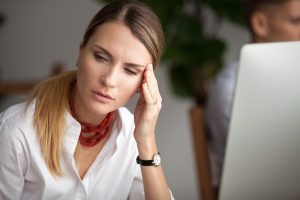 Approximately 1 billion people worldwide suffer from migraines. As many as 39 million migraine sufferers are located in the United States. This includes men, women, and children. Nearly 25 percent of households have at least one person who suffers from migraines. They are the third most prevalent illness in the entire world. However, researchers are still not sure exactly how or why they happen. Migraines are seen most often in people in the age range of 35 to 55. This means migraines also have a negative impact on the financial situation of your family, employer, and your community because these are your most productive work years. WHO (the World Health Organization) puts migraines at number 19 as the most common reason people are disabled around the globe. As far as medical costs, migraines rack up $20 billion each year, including work productivity loss. Loss of productivity increases more rapidly in those who have chronic migraines, compared with those with episodic migraines.

Contrary to what many people think, migraines are not just really bad headaches. Rather, severe, pounding headaches are one of the symptoms of a migraine. Migraines are neurological in origin and are the most common disorder of the nervous system.

Women get migraines three times more often than men, likely due to hormone changes. Migraine attacks are usually ranked as moderate to severe in intensity. In two-thirds of people with migraines, they occur on only one side of the head. They can last anywhere from a couple of hours to up to three days. They are made worse by even the slightest physical activity.

You may also experience:

Did you know? Personal health care costs can be up to 70 percent higher for migraine sufferers. Another interesting fact is there are many types of migraines. Here is a brief list of the different types:

Recent research done at the Cincinnati Children’s Hospital Medical Center discovered some interesting links between migraines and deficiencies in certain vitamins. In the past, research revealed there was a link between adults and children with migraines and vitamin disorders. Yet, others studies discounted this claim.

Team leader, Dr. Suzanne Hagler, a headache medicine fellow, observed over 7,400 patients. Her team was specifically looking for baseline levels of riboflavin, folate, coenzyme Q10 (CoQ10), and vitamin D. The study proved that young women and girls were more likely to experience a CoQ10 deficiency, while boys were more likely to have a vitamin D deficiency. In addition, another link was seen with women, migraines, cardiovascular disease, and mortality.

Those in the study who had chronic migraines had an increase in their deficiency levels of CoQ10 and riboflavin when compared to those with episodic migraines. Many of the ones in the study were prescribed some sort of preventative therapy. Too few were just given supplements for the researchers to be able to tell if supplementation alone was enough to help with migraine pain.

Up to 51 percent of participants had below average levels of vitamins. The levels tested for were determined by the National Academy of Sciences Dietary Reference Intakes (DRIs). These levels were established to prevent disease, not support health. Therefore, the percentage of deficiencies in these people may actually have been higher than reported.

Other studies were performed that associated mineral and vitamin deficiencies with migraines. In 2012, researchers found a link between magnesium deficiency and multiple bodily processes. A lack of magnesium can lead to depression, serotonin receptor function, platelet aggression, and may hinder the production of neurotransmitters. How does a magnesium deficiency happen? It can be due to:

No matter the reason, if you have a magnesium deficiency, you are at a higher risk to have migraines. The Association of Migraine Disorders recommends that you begin taking a supplementation of magnesium for at least three months to see if it will help with migraines. They also encourage taking riboflavin and CoQ10. Before doing any of this, please consult with your medical doctor and try the suggestion listed below, which has been helpful to a number of migraine patients.

A connection has been established between migraines and a misalignment in the bones of the upper cervical spine. A study was done of 101 migraine patients. Each of them was given a thorough examination, and it was determined they all had a misalignment present in one of the top bones of the neck, either the C1 or C2 vertebra. Upon taking their medical history, most of them recalled having some sort of trauma to their head or neck in the past. They recalled such things as car accidents, sports injuries, and simple falls. Each of them was given an adjustment tailored to their specific misalignment. The results were astonishing! A total of 85 of them saw their migraines go away entirely. The rest reported a significant improvement.

Upper cervical chiropractors use a gentle method that does not require us to pop or crack the neck to readjust these bones. Rather, we encourage the bones to move back where they belong more naturally, not adding additional stress to the body. Once the bones are back in place, often in only one or two visits, our patients see similar results to those in the above study. Many see their migraines go away completely.